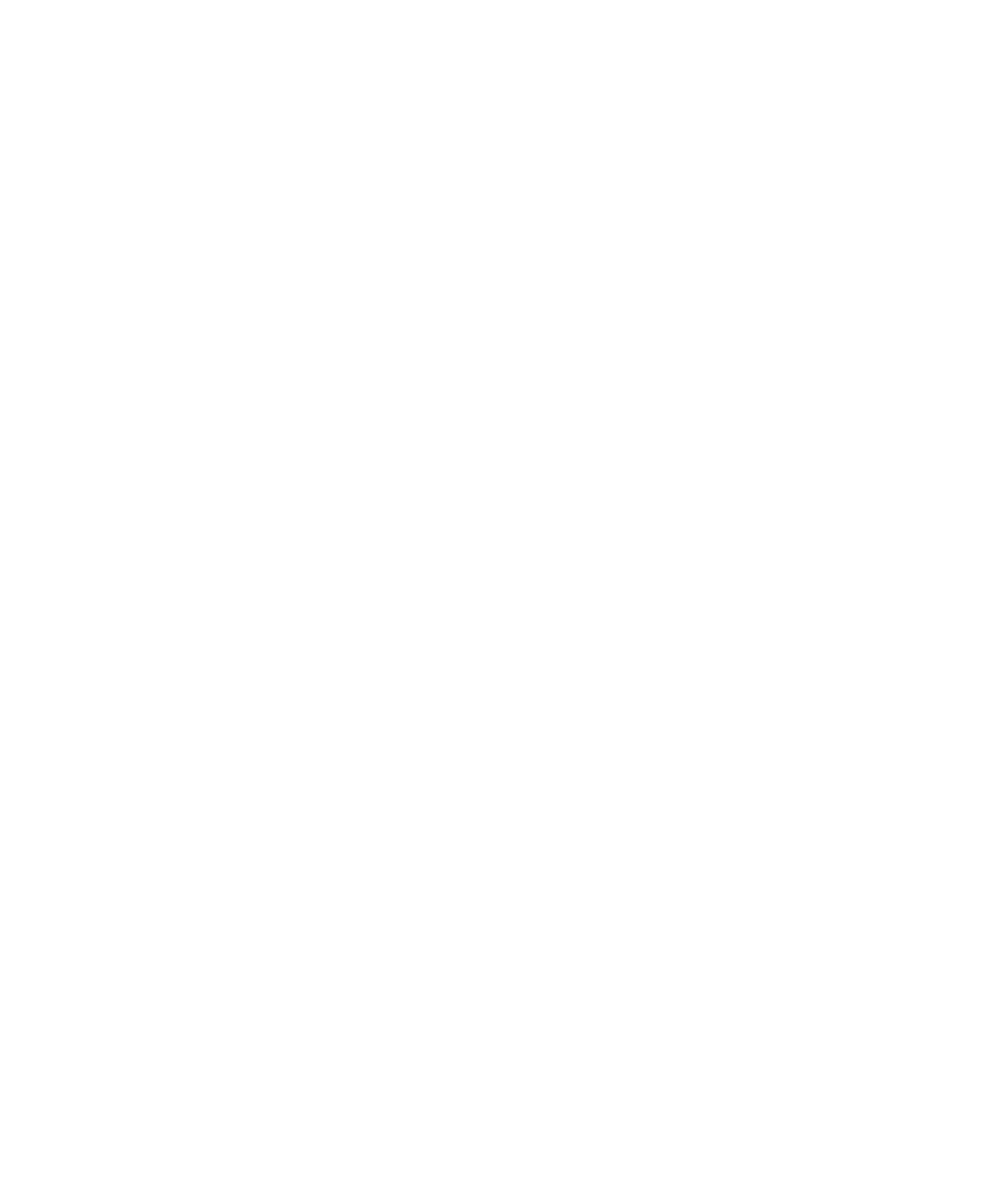 Situated in the middle of Limavady, Rossmar School is attended by over 100 pupils with various special educational needs. Some pupils are nursery age while the oldest are 19. Each is given their own specific individualised education plan to enable them to live up to their full potential.

Rossmar was a very early addition to the Global Learning Programme (GLP) and has now been participating in the programme for approaching two years. During this time, the school has made considerable progress. Global learning is led within the School by Corrienne Archibald, who attended GLP training in May 2015 and came away full of ideas. Most of which she has gone on to implement! She is well-supported by the rest of the staff in her role. This support has enabled Corrienne to continue as lead teacher for the GLP despite recently being promoted from Head of the Post-Primary Department to Vice-Principal. She is very appreciative of her colleagues for their enthusiasm and dedication to implementing the programme. In fact, she believes participating in the GLP has strengthened the ties between staff members, even those working in different departments.

Shortly after coming back from GLP training, Corrienne carried out an audit on global learning which was a very positive experience and highlighted just how much the school was already doing in this area. Corrienne realised that there were elements of global learning in some of the topics covered by students. For example, post-primary students studied fair trade, water and the environment in their classes. Rossmar also had a great record of working with charities and strong community connections (further details on this later). However, what was lacking in all of this was central coordination. Corrienne has gone on to provide this while also helping the school build on all this existing work. As part of this, she regularly shares resources. She has created a ‘useful resources’ folder online in which she deposits anything she thinks a colleague might find valuable. Global learning is also regularly given a slot at team meetings so it can be discussed.

At present, global learning is primarily delivered through Personal Development and Mutual Understanding (PDMU), Learning for Life and Work (LLW), Environment and Society, and Religious Education. However, the specific approach to global learning varies between the school’s primary and post-primary departments due to the different ages and needs of the pupils.

At primary level, global learning delivery is centred on PDMU. Rossmar has become involved an Early Years project known as the Media Initiative for Children Respecting Difference (abbreviated to MIFC). This programme aims to address bullying and promote positive attitudes to physical, social and cultural differences through the use of cartoon imagery and puppets. The MIFC Respecting Difference programme fits within the framework of the UN Convention on the Rights of the Child, which supports the right for children to grow up in surroundings characterised by equality, free from any form of discrimination due to the ‘colour, race, sex, language, religion, political opinion, national, ethnic or social origin, property, disability, birth or other status’ (Article 2). The puppets represent various ethnicities and cultural backgrounds. Corrienne teaches with the puppets throughout the Primary Department. She appreciates how versatile they are as a learning tool and finds them excellent for introducing the pupils to concepts related to diversity/equality.

As well as covering global learning concepts in some of the accreditations and thematic units they study, post-primary students also engage with global learning through their weekly assemblies. Early on in Rossmar’s GLP participation, Corrienne identified these assemblies as a key opportunity for global learning, particularly since they were attended by all post-primary students. A huge (and impressive!) range of global learning themes and topics have since been covered. Some assemblies focus on important global dates, such as Universal Children’s Day and World Water Day. Some look at important campaigns, like Make Poverty History, or famous global figures, like Maya Angelou. One recent assembly was entitled ‘Living Gratefully – Harvest in the 21st Century’, exploring the Harvest Festival from an interesting new angle.

Corrienne helps resource these assemblies and enjoys doing so, particularly because it promotes a cohesive, joined up approach between the staff, which keeps the assemblies relevant. The post-primary teachers take turns delivering the assemblies so also appreciate this arrangement because a lot of the background work has all been already done from them! On occasion, participatory methods are utilised during these assemblies to ensure a high level of pupil engagement.

Participating in the GLP has also inspired Corrienne to bring mindfulness into her teaching and into the school. She encountered mindfulness during the GLP training, where it was recommended as an approach which can be used to help pupils relax, regain their focus and open their minds up to learning. Since then, she has started an online diploma in mindfulness and uses some of the techniques she has learned with Rossmar pupils. Small groups come to her for ten or fifteen minutes of mindfulness during the day. Corrienne has been receiving great pupil feedback on these sessions. One commented that they were “a lot more calmer” after attending, while another left feeling “pure relaxed!” She hopes she is providing these pupils with techniques which they may even be able to use outside of school when they are feeling stressed or overwhelmed. For other teachers interested in bringing an element of Mindfulness into their teaching, Corrienne recommends the book ‘Sitting Like a Frog’ by Eline Snel, which can be ordered online from major book retailers.

During the last two years, Rossmar has become involved in a number of programmes which complement GLP participation due to overlap between their core themes. In May 2016, the school received the Investors in Pupils Award, reflecting its commitment to empower pupils, involve them in decision making and raise their attainment. In Northern Ireland, Rossmar is one of the first schools for pupils with special educational needs to have been granted this accolade. It was given a glowing report by the programme’s assessor.

More recently, Rossmar has committed to further increasing its environmental focus by participating in the Eco-Schools programme. The school building is not the most eco-friendly so Rossmar is being realistic and aiming to achieve a Silver Award first. The school will go for its green flag once its planned new campus has been built. However, starting now means that everything will already be in place for the future. Both the primary and post-primary departments are getting involved, with the primary half of the school pairing with Roe Valley Integrated Primary School to undertake some joint projects. Pupil feedback will have a strong bearing on what eco-priorities the school adopts.

‘Eco-Warriors’ have already been selected from among the pupil population and are directly helping with implementing the programme. Each has received a special badge in return, which they wear with great pride while going about their work. Choosing these Eco-warriors has been a very positive move, giving children an opportunity to shine outside of being a prefect or student council member. It is hoped that involvement in the Eco-Schools programme will help the school further embed global learning themes such as sustainability and climate change, thus tying everything together in a neat bow.

Next, the school wants to pursue participation in Unicef’s Rights Respecting Schools Award. This is still in the early stages of planning, but a teacher has already attended an information session on the programme. Corrienne also keeps a look out for competitions or short-term projects which may help to enhance global learning delivery within the school. At the end of 2015, pupils contributed some excellent artwork to a Christmas card competition run by the Department for International Development (DFID) on the theme of 'Friendship Around the World'.

Through the Roe Valley Learning Community (RVLC), the school has long standing connections to other schools in the surrounding area. There have been shared classes, including horticulture lessons, as well as joint projects. The RVLC has a joint school council, which includes two representatives from every post primary school in the RVLC. At the end of every school year, this council organises a charity event. Past examples have included a fashion show and art exhibition. Each time, council members work together on a local issue and then decide on a practical action to take in response. All this excellent work has continued since Rossmar joined the GLP, which is great as strong community connections are a key element of successful global learning practice. Corrienne believes there may be opportunities to bring global learning more explicitly into the RVLC in the future. This could involve Rossmar sharing global learning practice within the RVLC or the various schools exploring how they could develop global learning together.

Rossmar is in the process of reviewing its School Development Plan (SDP), work which should be completed during the 2016/17 school year. The revised SDP will include references to the school’s participation in Eco-Schools and the GLP. Meanwhile, Corrienne plans to soon re-evaluate the school’s global learning progress. She is looking forward to this process because she wants to see just how far they have come in only two years!

“The GLP training was great! It just gave me a better awareness. Global learning is one of those things that you might not be sure you know enough about, but the training pinpointed lots of different directions to go off on and lots of resources to use within the classroom. I liked that.”

Find out more about the Global Learning Programme at:

Unfortunately not the ones with chocolate chips.

Some cookies are necessary in order to make this website function correctly. These are set by default and whilst you can block or delete them by changing your browser settings, some functionality such as being able to log in to the website will not work if you do this. The necessary cookies set on this website are as follows:

Cookies that are not necessary to make the website work, but which enable additional functionality, can also be set. By default these cookies are disabled, but you can choose to enable them below: